Using XrmToolkit with Visual Studio 2019 (any version that supports addins) is now supported.

Visual Studio 2019 is requiring that extensions now be loaded asynchronously which required several changes to the way things were being loaded. You will now see a 'Loading XrmToolkit Asynchronously...' menu item in the main until XrmToolkit has been loaded by Visual Studio.

Visual Studio 2019 has also reorganized where extensions are loaded and how they appear in the main menu. There is a new 'Extensions' top level menu:

Multi-Factor authentication is growing in popularity for many web applications, including D365. Consequently, support for authenticating against Dynamics 365 organizations that have it enabled has been added in v6. You can now specify an 'MFA App Id' and 'MFA Return URL' in the 'Advanced' tab of the login dialog. For more information see here. 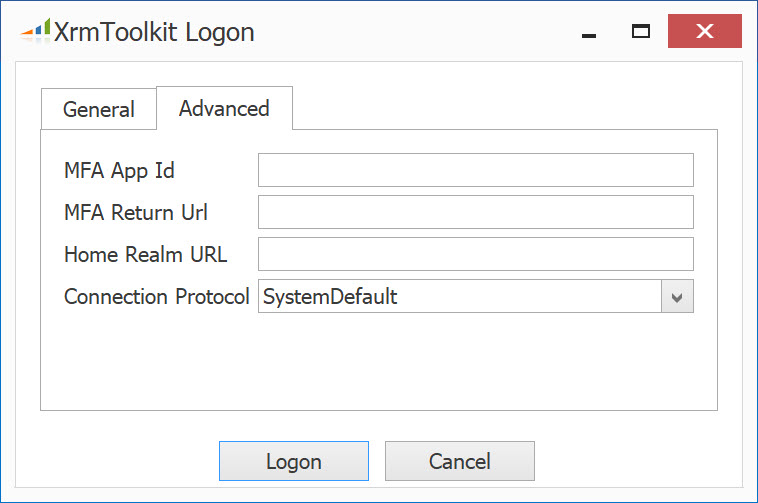 Prior to v6, intellisense for TypeScript was provided by hooking into the Visual Studio API's and dynamically manipulating the intellisense completion list based on the files created by XrmToolkit. Starting with v6, XrmToolkit generates native TypeScript definition files based on your specific Dynamics 365 organization. Visual Studio (and other extensions like ReSharper) are able to provide intellisense based on these definition files. This will ensure compatibility into the future and any improvements by the IDE around this functionality will automatically be included. For more information see the documentation page here.

Since v1 of XrmToolkit (CRM Solution Manager), proxy class files have been self contained including the enums that are generated for any optionsets. This worked well until you wanted to re-use a global optionset. Each proxy contained their own enum type for the global optionset and so you couldn't simply reference a single enum if two proxy classes used the same global optionset. Starting in v6, a file is created for each enum and placed in an 'Enums' sub-directory: 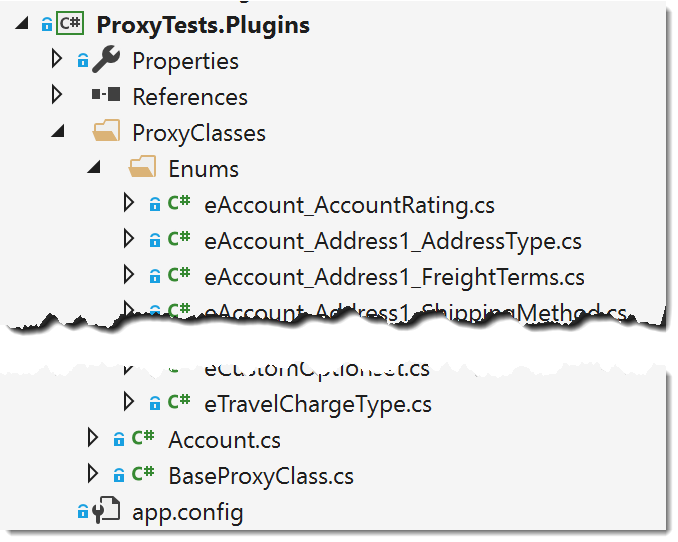 Similar to other linked resources, you can simply right-click on the file to refresh the generated content from CRM.

Now you can create, download and link webresources for both SVG and RESX files.

Ability to specify the Connection Protocol when connecting to CRM